Another ex-Marine in Trouble in Russia

Lots of similarities with the famous Defector.

As Mark Twain once said, “History doesn't repeat itself but it often rhymes.”  Such is the case with ex-Marine Paul Whelan who was arrested on late December of 2018 on espionage charges in Russia.  A squirrelly character, the former Marine got in trouble during his tour of duty attempting to steal over $10,000, bounced thousands of dollars in bad checks and was using Social Security numbers in a Marine program to try and increase his advancement in pay and rank.  He was court-martialed, given no jail time and was booted out of military service with a bad-conduct discharge.

Some news reports refer to Paul Whelan as an American but he holds citizenship in three other countries—Britain, Canada and Ireland.  Whelan has two citizenships, one thru his British parents and the other one from being born in Canada.  His sister and brother would also.  He needed the American passport (and citizenship) for entering the Marines.  The reason for Ireland is not known.  Highly peculiar to say the least.

The Washington Post, citing an undisclosed source said, absurdly, that collecting passports was a game between Whelan and his sister. One must take note that a passport is also proof of citizenship in the country that issues it.  It is not as easy as filling out an app with a picture and birth certificate and sending it off in the mail.  To be clear, if you want a passport for a country you are not born in, you have to apply to be a citizen of that country and go through that process.  That can take time.  And money.  Some game, huh?

Whelan’s arrest for espionage was in a Moscow hotel room after receiving a USB stick with allegedly, the classified names of Russian security personnel.

Russian political analyst, Kirill Rogov, dismissed the use of memory stick saying that using online services, such as social media or WIFI was a quicker method.  How would Rogov know?  A USB stick does not seem that far out regarding a method of data transmission.  It would be more an issue of the drop-off method, such as the more traditional use of a dead drop.  Social media hardly seems like a secure method of intelligence transmission unless it was encoded.  And that would raise red flags considering how heavily monitored everything is now online.  Especially since Whelan was most likely already under watch.  Russian intelligence services would be remiss not to keep an eye on a guy with a bag full of passports and constant travel to their country.

Never the less, the only evidence of espionage at this point is the USB stick.

Before his arrest Whelan was working for BorgWarner, a worldwide automotive parts supplier, as a director of global security for the company.  This raises the question of what corporation would have their security headed by convicted thief with a bad-conduct discharge.  Who would hire a thief to be head of security?  People with this kind of background do not go from one gravy job after the other, except for some other hidden connection.  It is similar to Oswald, an alleged Marxist Soviet defector, getting a job at Jaggars-Chiles-Stovall in the fall of 1962, a company that did classified work for the Navy and the Army Mapping Service.  No problem for either Oswald or Whelan getting a job in these sensitive areas despite their prior histories.

From the New York Times:

“It is highly unlikely that he was working for an American intelligence service, former C.I.A. officers have said.”

Sure, sure.  That is what they said about Lee Oswald in the New York Times over 50 years ago.  Of course an intelligence service would.  It’s called “plausible deniability.”  Just work with an operative with an unsavory background and should he ever be revealed, simply say,  “He’s a kook, a loser, a ne'er-do-well.”  As if the CIA is of such high standards with whom they work with.  This is the bunch that did business with the mob!  Who eventually infiltrated them and compromised some of their secrets.  So this will always be their cover story.

Secretary of State Mike Pompeo said, ”And if the detention is not appropriate, we will demand his immediate return.”  Indicating Whelan is an American, but he is also has citizen of other countries as well.  Just in this instance he is considered an American.  The consulate offices of the other countries are attempting to get in touch with him too.  An international incident in the making.

Other points of interest:

More research needed on this story.  It is all confusing with multiple passports and citizenships, the brother not knowing Whelan was in legal trouble for larceny, the alleged “game” of passports and a thief getting a security job.  Very little makes sense here at all.

Posted by George W.Bailey at 12:12 PM Links to this post

The inception of the C.I.A. was in 1947 and this “psych” dispatch went out in 1967. It is from that point on that the term “conspiracy theory” and “conspiracy theorist” have been shoved down our throats. It was weaponized, just as so many other labels have been used to distract, manipulate and change the narrative to suit their agenda.

LINK
Posted by George W.Bailey at 12:01 PM Links to this post

I first heard of the Apollo backup crew on the Clyde Lewis radio show, Ground Zero in 2016.  Clyde’s guest was noted UFO researcher Richard Dolan.  During the interview, he played an audio clip he had gotten from contacts in the aerospace industrial community regarding a conversation from Pete Conrad on Apollo 12 to mission control inquiring about a sighting of objects following them on the way to the moon.  Incredibly, besides the reason of spent boosters and ejected panels, at the end of the exchange, it was suggested that maybe they were being followed by a “backup crew.”

Posted by George W.Bailey at 6:20 AM Links to this post

Posted by George W.Bailey at 9:26 AM Links to this post 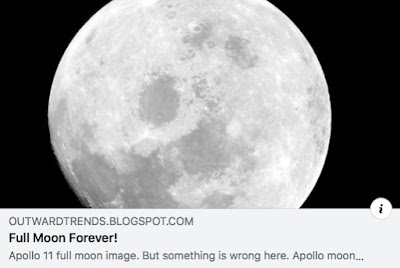 New post at Outward Trends.  It seems Apollo astronauts were taking pictures of a full moon when it was not full.  LINK
Posted by George W.Bailey at 10:50 AM Links to this post 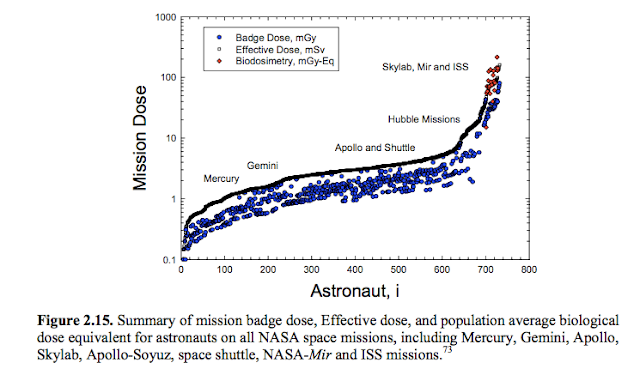 Chart found in document on the NASA Technical Report Server implies Apollo never made it to the moon.

Posted by George W.Bailey at 3:38 PM Links to this post

Noted researcher and expert  James DiEugenio was featured on the first two hours of Coast to Coast AM on November 18, 2017.  He covered the recent CIA JFK file releases.

You can listen HERE but one has to be Coast Streamlink member in order to download the MP3s.

Or, read his report for free HERE.
Posted by George W.Bailey at 2:12 PM Links to this post 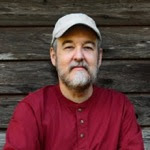 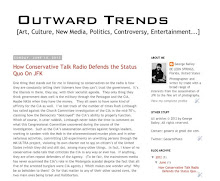